Our balance after four years..

Disclosure: I have no positions in any stocks mentioned, and no plans to initiate any positions within the next 72 hours. (More…)

If the election is mostly about the economy (stupid!) then it is important to go over the record of the last four years.

The financial crisis
No doubt the most defining event in shaping the economy during Obama’s presidency was the financial crisis. At the hight of the panic, when credit markets froze up in the last stages of the Bush government, Ben Bernanke walked in to argue that we “won’t have an economy come next Monday” and things were indeed rather bleak.

World trade, world equity markets, production and employment were all falling as fast, or even faster than in the aftermath of the 1929 stock market crash. 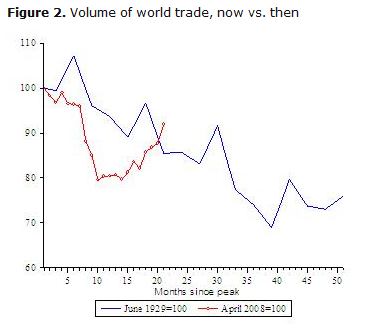 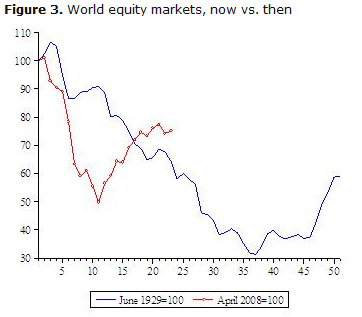 However, authorities also learned from that episode, and a combination of drastic measures and interventions from the Fed and the Treasury, partly set in motion under the previous presidency of Bush, stopped the free-fall. [Read on here]